In the end of March I visited Chisinau for a few days. Among other things I informed myself of the status of the Valea Morilor Lake. To get the background story of the lake, I urge you to read Hanna Sirge’s post from last year https://chisineu.wordpress.com/2011/06/05/valea-morilor-lake/

The current status is that the lake is still not filled. However, during my visit on March 29th some rainwater had gathered at the bottom of the lake and I could get a good image of its potential. Even though the lake didn’t look its best I saw a lot of people enjoying the area: loving couples, joggers, elderly men strolling. I can only imagine how it would look when the area is at its prime (and the weather is warmer…)

TREATMENT OF WATER ENTERING THE LAKE
With me being a student of Land and Water Resources Engineering I took particular interest in the two new big constructions, one at each side of the lake.

I have drawn a sketch and will try to explain the purpose of the construction. In short, it will serve to clean the water coming to the lake from the nearby residential areas. This will be done in three steps:

1) shows a barrier which hinders trash, e.g. plastic bottles, Styrofoam and shoes (!) from getting in to the lake.

2) shows the water reaching a basin within the lake, where the speed of the water is heavily reduced. This allows smaller particles to sediment at the bottom of the basin. These can later be removed. 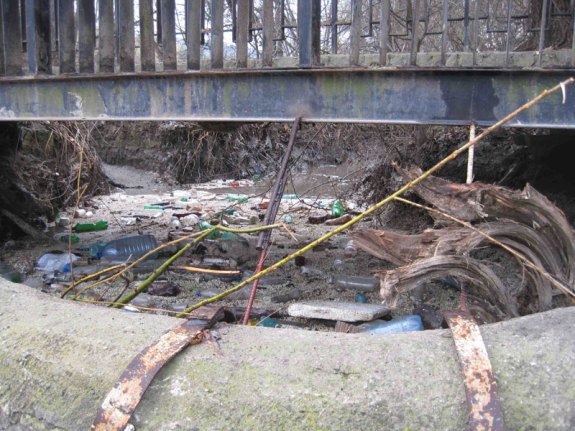 The idea is that instead of having to restore the whole lake every 50 years, the sediments out of the smaller basins will be extracted when needed, something that’s much easier. The biofilters are supposed to need only a small portion of maintenance. 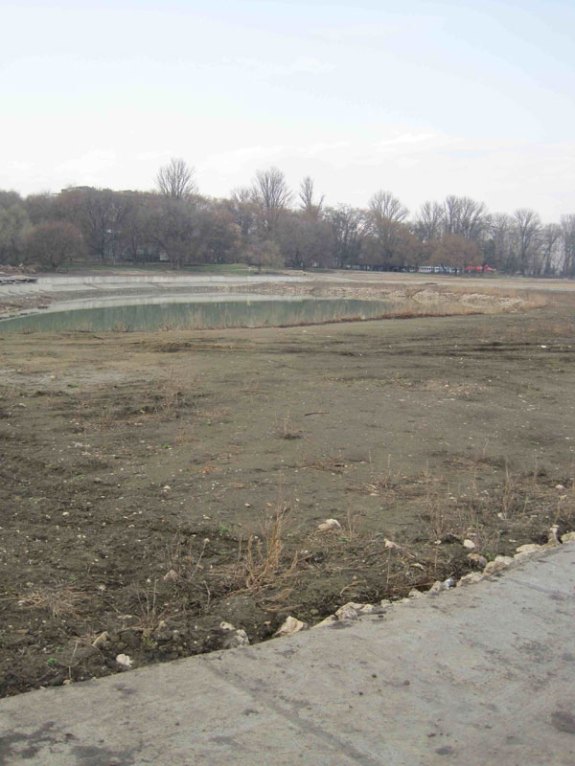 From the bottom: Concrete ring, biofilter and sedimentation basin

This type of cleaning solution for a lake is the first of its kind in Moldova. However, biofilters have been used to clean industrial wastewater, so it’s not an unknown technique.

TIME PLAN AND PUBLIC PARTICIPATION
I tried to find out when the lake will be filled again and got different responses. One answer was that the city was waiting for investors to realize some of the plans that have been made and that there is no time plan. But I also got the information that the plan is to fill it up later this year. The fact that I saw workers laying the pavement as I was there supports the idea that it will be filled up in the near future. 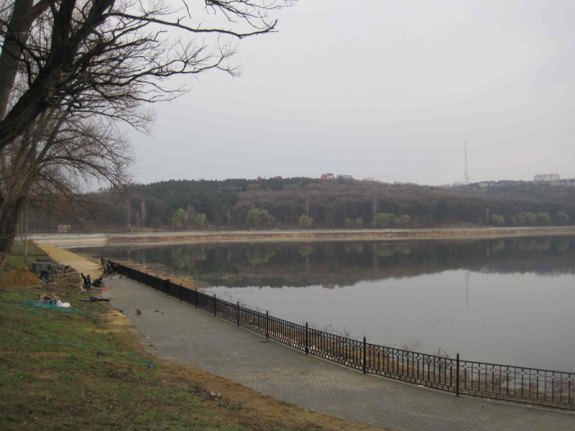 Everyone seemed to be agreeing on that the people of Chisinau are longing for their lake to be completely restored. However, no one had asked the public how it wants to design the lake or what activities to promote. But on the other hand, very few citizens had gotten involved in the plans and actually approached the municipality. I think that for the City Hall to start taking interest in what the public thinks, the public needs first to show its interest. The initiative will not come from above.

images and text by Mikael GILLEFALK