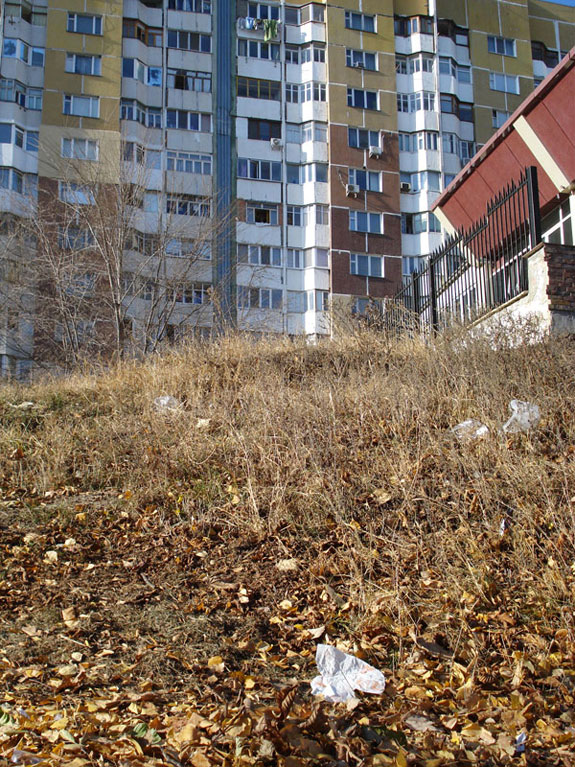 In the dirt lies an open beer bottle with a rest of liquid inside. Next to it there are some plastic bags and a bunch of plastic bottles that have probably seen the sun, the rain and the snow several times. Cigarette packs, plastic and paper pieces peek through leaves and dry patches of grass. Ugly and disgusting I spot a bone of an unknown animal and an abandoned teddy bear which likely hasn’t been soft and comforting since it found its way here. Incredulously, there are also parts of a vacuum cleaner and TV among all the things I see when I leave my apartment close to famous Albisoara street. All the trash. 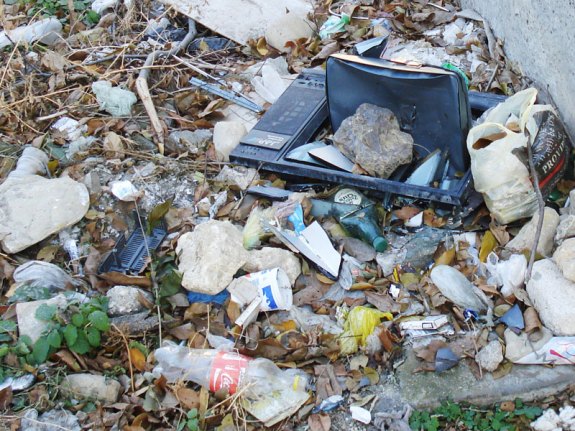 Sitting in the bus on my way to work I notice two girls outside in Telecentru: one of them is crumbling a paper bag and carelessly, but in the end unsuccessfully, tries to throw it over a wall in order to get rid of it. Laughing they continue walking, leaving the paper bag behind on the ground. 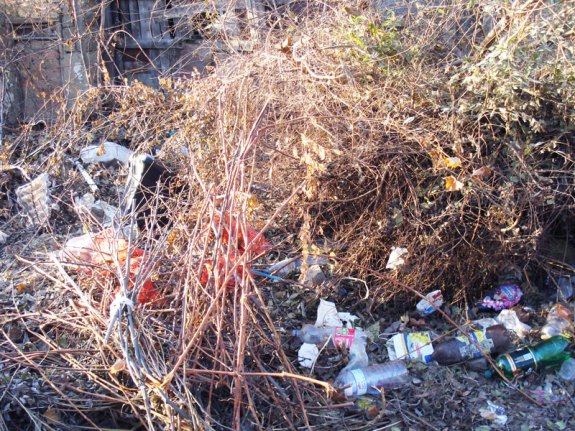 In Chisinau the centre is pleasantly clean; the parks can be enjoyed for their nature without disturbing, out-of-place spots on lush grass and in between green trees. In autumn you can see hired women and men sweeping yellow leaves together and afterwards putting them in huge bags. The centre is covered with rubbish bins; in the two central parks almost every bench has its own. All is neat and clean. Obviously, the city’s administration believes it’s important to put effort there. Once you leave the reassuring sights of the centre, though, you find yourself in a very different reality. If you enter living areas, soon you will come across trash at random places in abundance. Sometimes there is garbage lying around, although the waste containers are only 50 meters away.

Apart from disliking the view, it also makes me wonder why. In comparison to those two girls, I don’t find it difficult to keep my rubbish until the next bin. Do people think that once the trash leaves their hands, it’s off their responsibility? Maybe they haven’t realized yet, that this trash is not going to disappear; unlike an apple which is reusable by nature, plastic/glass will stay no matter what. Also, living in an area that is surrounded by it loses all its potential beauty and anyways, wouldn’t it be nicer to enjoy the view instead of hurrying past it?

In the end it is a matter of awareness. If you aren’t aware of a problem, you will hardly be able to solve it.

So now: why not try to make this city a little more trash-free?